Remember next Tuesday is a work night. Lots of wiring and ballasting to be done. With all the running it has become painfully obvious that our rolling stock needs attention. Some are too heavy, some are too light, some need couplers adjusted, etc. The branch line seems to be running well except when extra long cars are used. The new track plan in Lincoln is also working well. The card system is a bright spot, in my opinion, even though it gets abused, by cherry picking and building extra long trains, or just random running, sooner or later it sorts itself out. I do thing that not using the cards in the order they come up is a factor in certain types of rolling stock shortages however.
Posted by Larry at 8:45 AM No comments:

Nice to have a visit from Rod and see that Cliff is on the mend. Hooked up the branch and tested it out. After removing some stray ballast and adjusting a turnout, it seems to run fine. A mixed freight, 2 ore trains and a log train were run. Trent had problems pulling the ore train though.
Posted by Larry at 7:17 AM No comments: 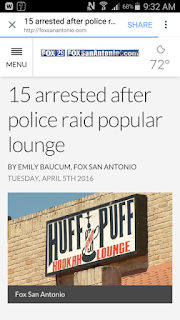 The new town of Wellington has turned out well,  a few more details will add life to the town. Great job so far. At the start of the session I noticed Don had brought an Ontario Western unit to run the rails. Trent and his friend ballasted the Ortona yard, I think we have a new model railroader in the making. As the branch line was turned off we reconnected it to the mainline. By moving the first turnout further into Miller we have at least a short switching lead there. Tate brought in a house just his size, actually N scale, but we found a great spot for it back on a hill. Legend has it, that the Tate Estate belonges to a little man with a great personality and untold wealth from his stock in the CSX Railroad. I have been told his Grandmother also has money invested.

After the meeting, Ralph set about repairing rolling stock. Glen added more sidewalks to Wellington as Donald ballasted the tracks to the sanding rack. Trent ballasted tracks in Ortona under the watchful eyes of his girlfriend. Sparky (Jim) wired the new east end mainline into Lincoln. With help from Glen, Don and Jim the new turnouts on the west end of Lincoln were installed and tested. Rick, Don,Doug, and Mike cleaned track, and helped out where needed. With the last major project of the year (I promise ( I don't know how to show crossed fingers)) well under way, the railroad is in good shape. I think, and hope the others do too, that installing the code 100 track on the branch line, the new return/ passenger tracks in Wellington, and all the track changes in Lincoln will improve operations and enjoyment of the Huff and Puff Railroad, thanks for all the effort and patience during these major changes.

During our meeting we talked about operations. The Donald started the discussion by mentioning how well having people running switchers in Lincoln, Heron's Landing, and Springbank worked. He also thought we should go back to having a person stationed at Wellington. It was also agreed that 2 man crews was a good idea. Glen talked about train length and how long trains gum up the railroad. Only taking 2 cards no matter how small a train might be, was thought to be a good place to start. The drawback to this is you would only switch 2 industries. We might consider lowering the quantities on the cards so you could take 3 or 4 cards to make up a train, but that would mean the longer sidings would always be mostly empty. A solution to that could be to have special heavy freights that haul cards of 4 or more, Trent would be happy, but that would mean sorting cards. The simple card system would become complicated.  I think if we have switchers at the towns with large industries, the 5 and 6 car cards can still be handled and that we could go up to 3 card trains. Trent asked about rolling stock quantities. Even though we could use more of some types of rolling stock, but we don't have the yard space. We could expand Wellington yard by removing Cullen Mills or reducing it's foot print and expanding the yard. We concluded with the finances, let's just say I got told, no more major projects this year!
Posted by Larry at 10:02 AM No comments:

With a small group of club members we started to work. Donald and Glen word on wiring the sanding racks tracks and sidewalks in Wellington. Ralph repaired some rolling stock and pulled out the turntable in Ortona. Jim wired up the new Ortona yard tracks. Don and I worked on the east end turnouts in Lincoln. After installing a piece of plywood to support the new mainline the new tracks and turnouts were installed.

Tuesday Night at the Huff & Puff 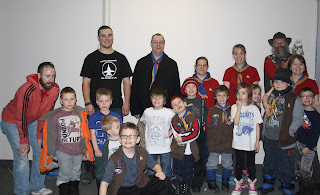 Picture from the Beaver visit.
Once again on behalf of all the leaders and children, I would like to Thank you and all the wonderful gentleman that allow us to visit with you on Saturday, February 20th.