This week at the RHR

Sometime during the week the foam hill, that is the base of the town of Lincoln, was cut to shape. A road bridge was set in place, to see how it would fit. 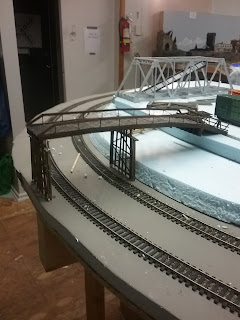 The brown base colour now covers the towns of Maple and Pinehurst. Tunnel portals were also added to the Coal mine hill. Trees were planted at the farm area. 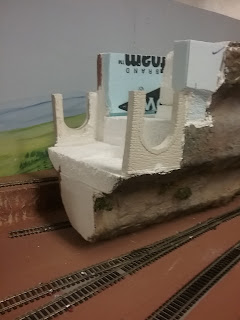 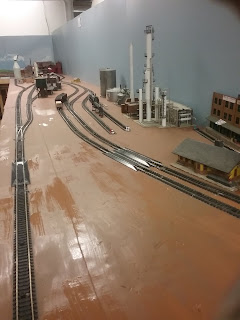 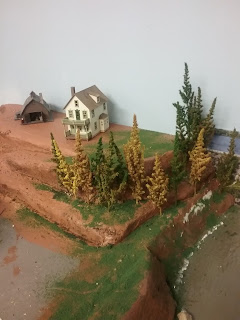 More feeders were soldered in place as we progress around the town of Lincoln and also in the ready yard of Wellington. An attempt was made to wire the reversing switch for the reversing loop. The switch motor was replaced and all the wires were added but, one of the terminals snapped off inside the switch. We will have to use a manual DPDT center off switch instead. The feeders for the reversing area  will be brown and yellow. 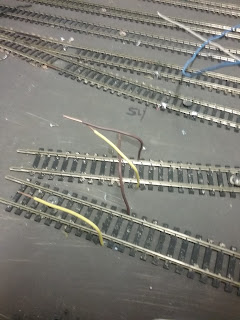 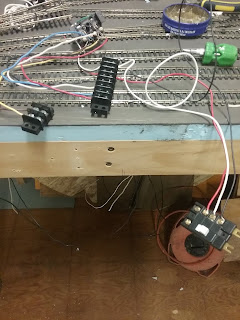 Friday afternoon at the RHR

Very productive day again, although the progress seems slow. Feeders were added to the Wellington yard and the floor was swept up! 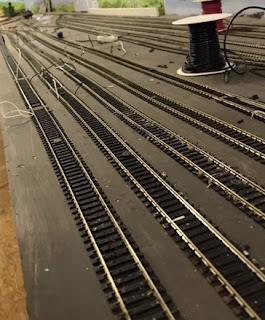 The interchange/staging tracks out of Springbank had 2 turnouts added, now all we need is 2 diamonds to complete the scene. 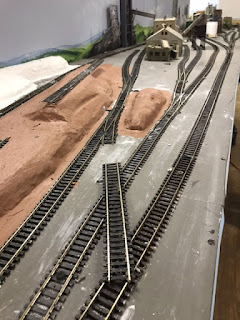 The feeders were installed and wired around the Admiral loop and Interchange/staging track had wires and on off switch added. Need to do 2 more sections at the end of the loop, but it doesn't require climbing under the layout. Many of the feeders were attached to the bus wires in the Coal mine area. 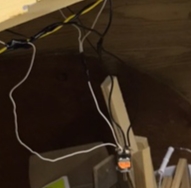 Mother nature has added a hill near Cartier and painted previously plastered hills. Glad to see the backdrop was protected. 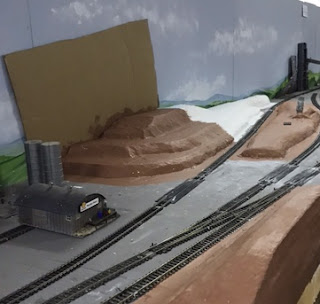 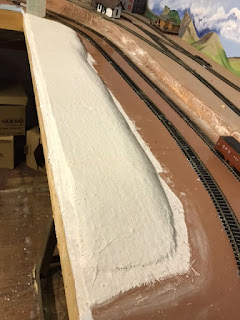 Tuesday night at the RHR.

The blitz was on. Kitchen area was tidied up, after the DC, display HO layout was installed. An  8 x 2 foot N scale railroad will be built next. 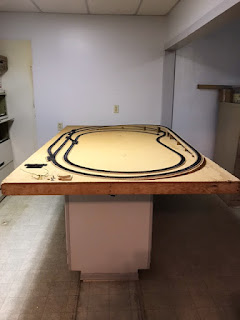 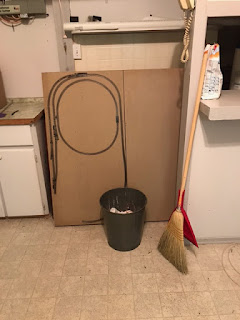 Tatham had a new, team track/piggyback ramp, added, and Country Feed and Seed was located on the other track. We talked about adding a dummy turnout and 2 diamonds across the mainline, to enhance the look of the Springbank interchange.  With a new turnout, to replace a damaged one, on hand, the Elsewhere yard trackwork was worked on. 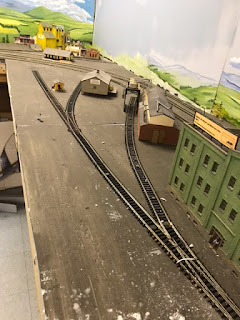 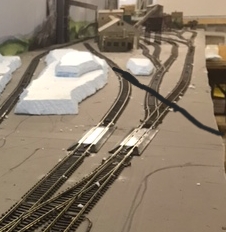 Not to be left out, scenic elements around other parts of the railroad were also worked on. More plaster was applied, on the hills between Springbank and Sunset. Foam boards were selected to elevate the town of Lincoln, creating not only a view block but
also a scenic focal point.
Posted by Larry at 9:09 AM No comments:

Jim sent in this useful information in the hope it may help someone else. He did omit telling us about the hours of testing and checking, reading and consulting, that helped solve this problem.

We had hooked up the command station a DCS 240 DigiTrax and had also had our first section of bus wire put in. Our first quad unit power manager, PM42 was then hooked up. Then we attached the four blocks to the quad unit and did our track testing of shorting out the track with a quarter trick.
When you do this the PM 42 is supposed to shut down the individual block that is shorted out so that you do not shut down the whole system. But each time I shorted out an individual block the entire PM42 shut down along with the command station We checked all of our wiring and hook ups and settings in the PM42 but could not find the problem.
I went online and asked DigiTrax and also a few of the train sites asking some of the guys for suggestions as to what the problem was. Somebody on one of the sites recommended going into the command station and changing the option switches. Specifically option switch 18 which is the booster short circuit shut down time. By changing this from T (throne) to C (closed) it changed the shut down time to a longer time.That allowed the PM 42 to trip the block before the command station tripped out and in doing this, it solved our problem. We could not find this information in any of digitrax manuals.
The command station and the PM42 for the four blocks on the layout, that we have wired, are now working properly.
Very thankful to the person who recommended this action
Thanks again
Jim
Posted by Larry at 7:01 PM No comments:

Tuesday night at the RHR

All the track for the sidings in Fidler were laid. After, Jim suggested a location, an Interchange track was added in Dover, it looks a lot like part of the CP yard. 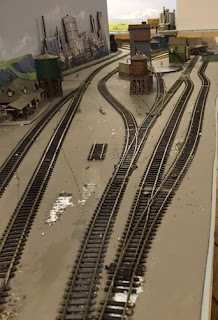 Island from the kitchen converted into part of the stand for a HO scale DC layout. 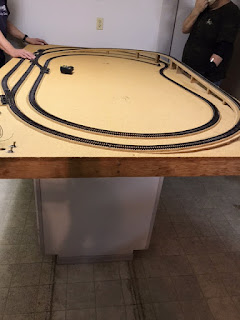 Big melt down in the river, Cedar Creek, by the Coal mine. Looks like a reaction between the paint and the foam. The affected areas were repaired, after which some of the land forms received their first coat of plaster cloth. All of the mainline  bus wires are in, between Lincoln and the loop around Admiral. This should be where we install feeder wires so the track can be tested.
Posted by Larry at 8:55 AM No comments:

Tuesday at the RHR 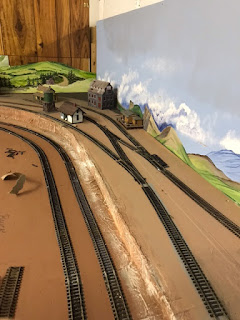 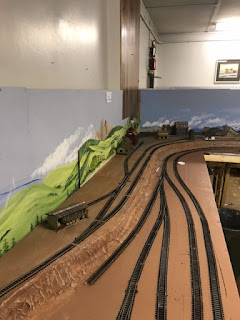 Sawmill put back, needs some repair. 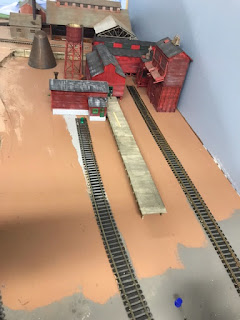 Big clean up of unused tables and chairs, plus deciding on where 2 donated layouts will go. One is a HO DC layout about 6 x 8 foot rectangle, which will sit on the kitchen island. The other an N scale layout which may go on the bar. The bar will also be an engine programme station and rolling stock repair area.

The branchline track was laid out and industries located, and the river near the Coal mine was worked on. The bridges were test fitted and the benchwork cutout for the river. The area then had a coat of plaster applied, even working in river rapids. When the river scenery is completed the mainline track's can be reinstalled.

We also received a donation of some engines for the club.
Bridges on the branchline installed. 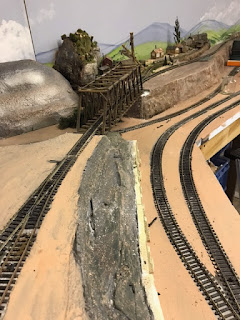