A Simplex receiver was installed and tested, worked great. During the week a turnout was installed to separate the team track and piggyback ramp in Springbank. Ralph's cement plant background was installed, Don supplied some Lumber,  pipe and crate loads to add to the layout.  The defunct Ontario Western leased 14 new pieces of rolling stock. Glen also added scenery around the piggyback ramp. Shelves were added under Valleyview. Cliff tried out his passenger train.  Next week is work night. 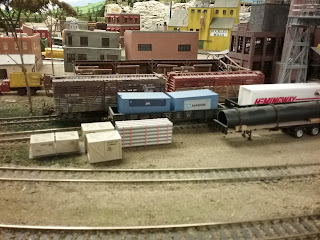 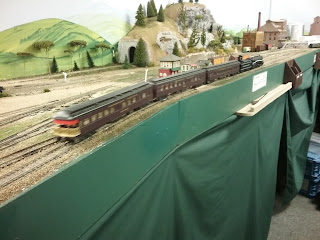 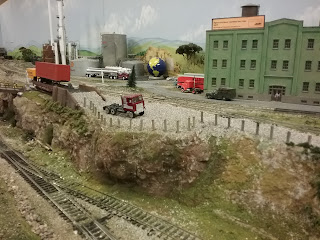 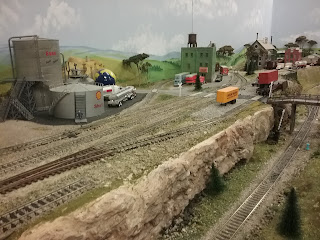 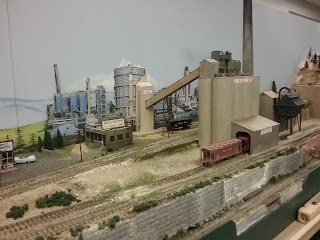