Hard to know we're to begin. This was a work night and because I'm also working on a project, it's hard to know what everyone else is working on. Here goes, Glen leveled the Wellington station. Glen and I finished up the Northdale run around, then Don ballasted it. Trent added cows and a water trough to the wye area (Don had already put up fences). More buildings were added to Northdale. Jim replaced a broken turnout in Wellington and added more feeders.  The Fleets striped wire for more feeders and helped out installing them. Bill installed a water tank at Valleyview and worked on the coal mine. Don installed retaining walls at Hay Co. The rest of the crew helped out where needed.  The double tracking of the upper loop was discussed with many new ideas proposed. The consensus was to remove most of the Great Wall of the loop and move the turnout out of the tunnel. The remaining wall will be widened, a trestle of some sort will replace the part of the wall to be removed. 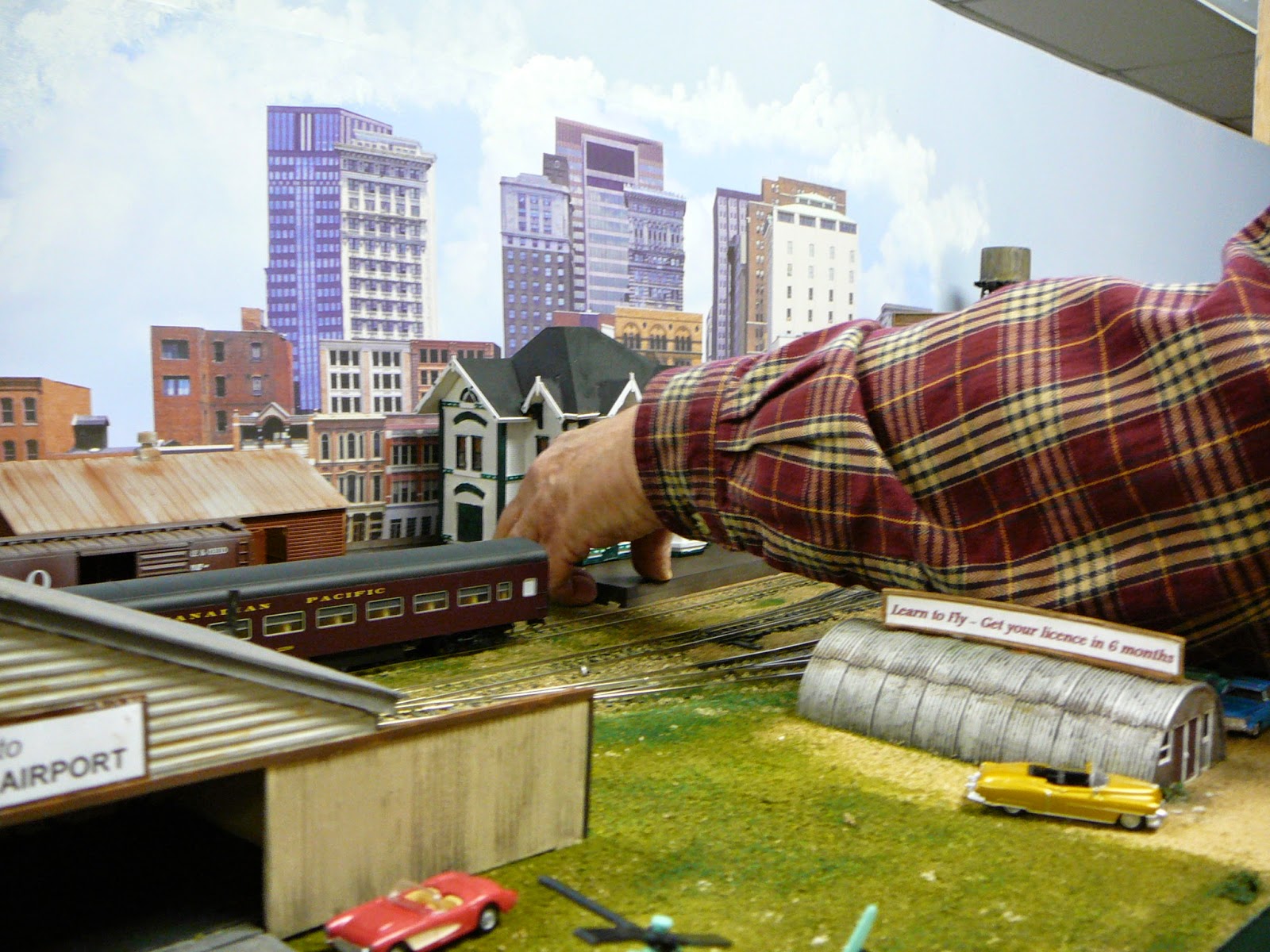 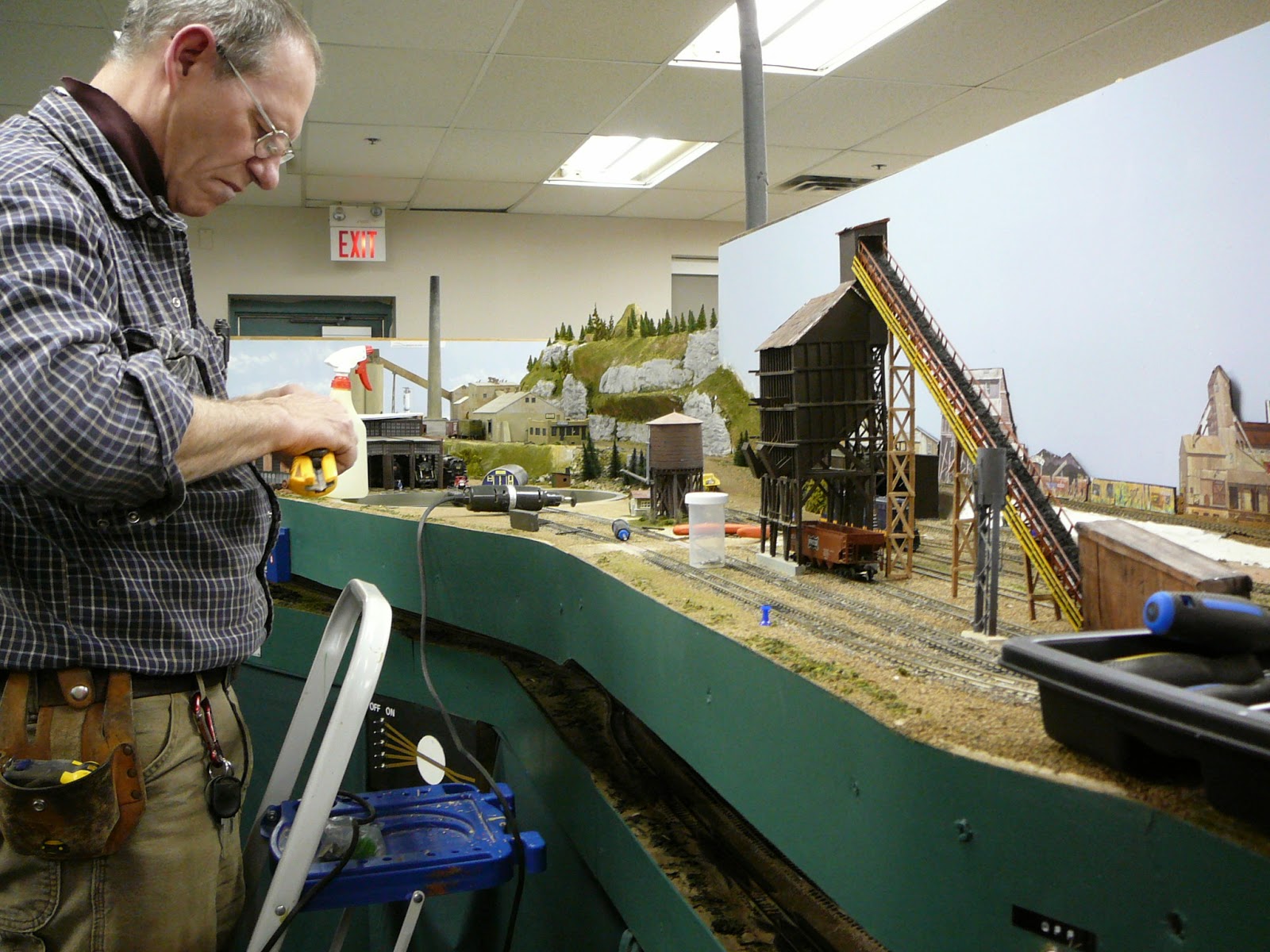 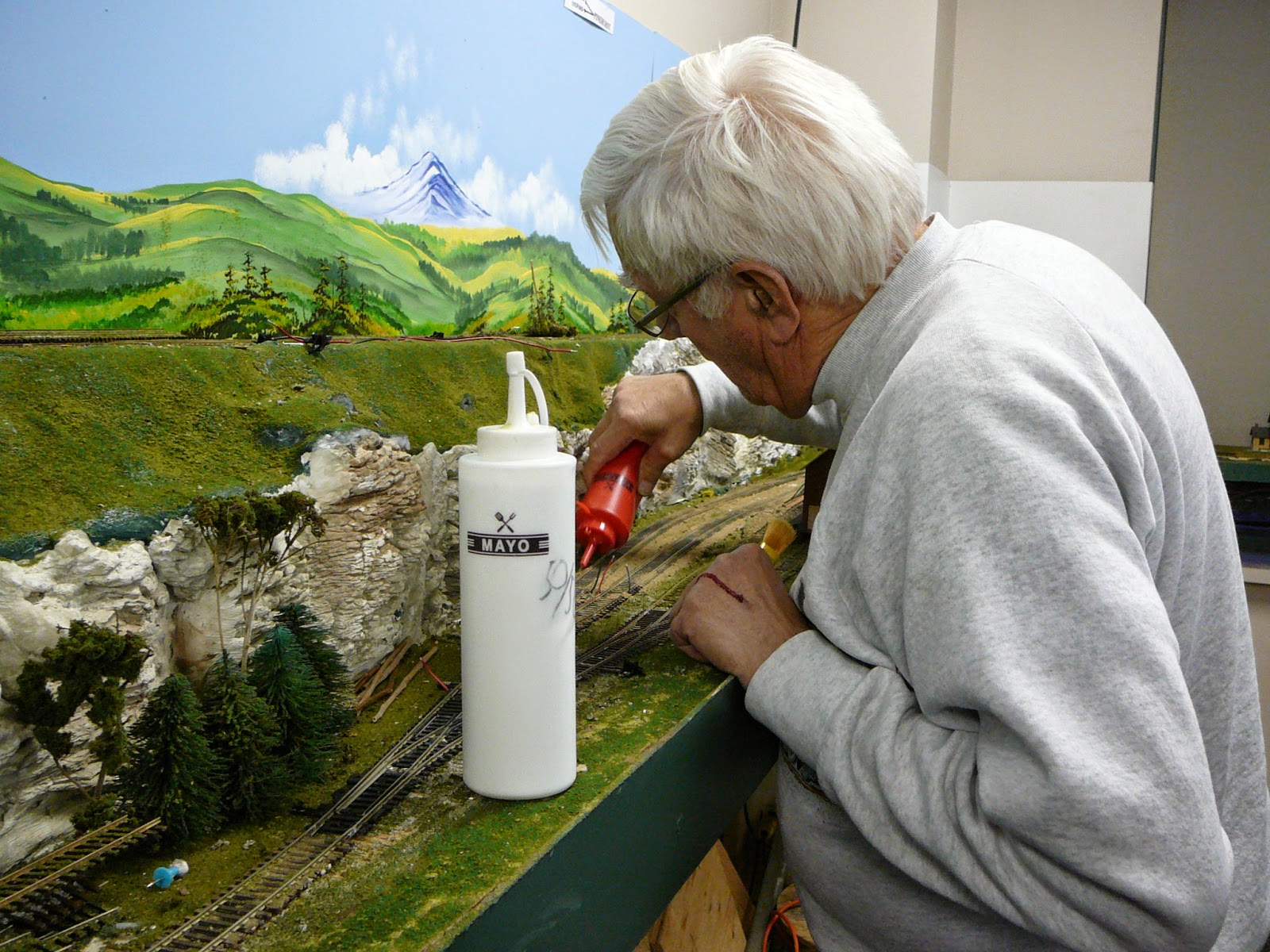 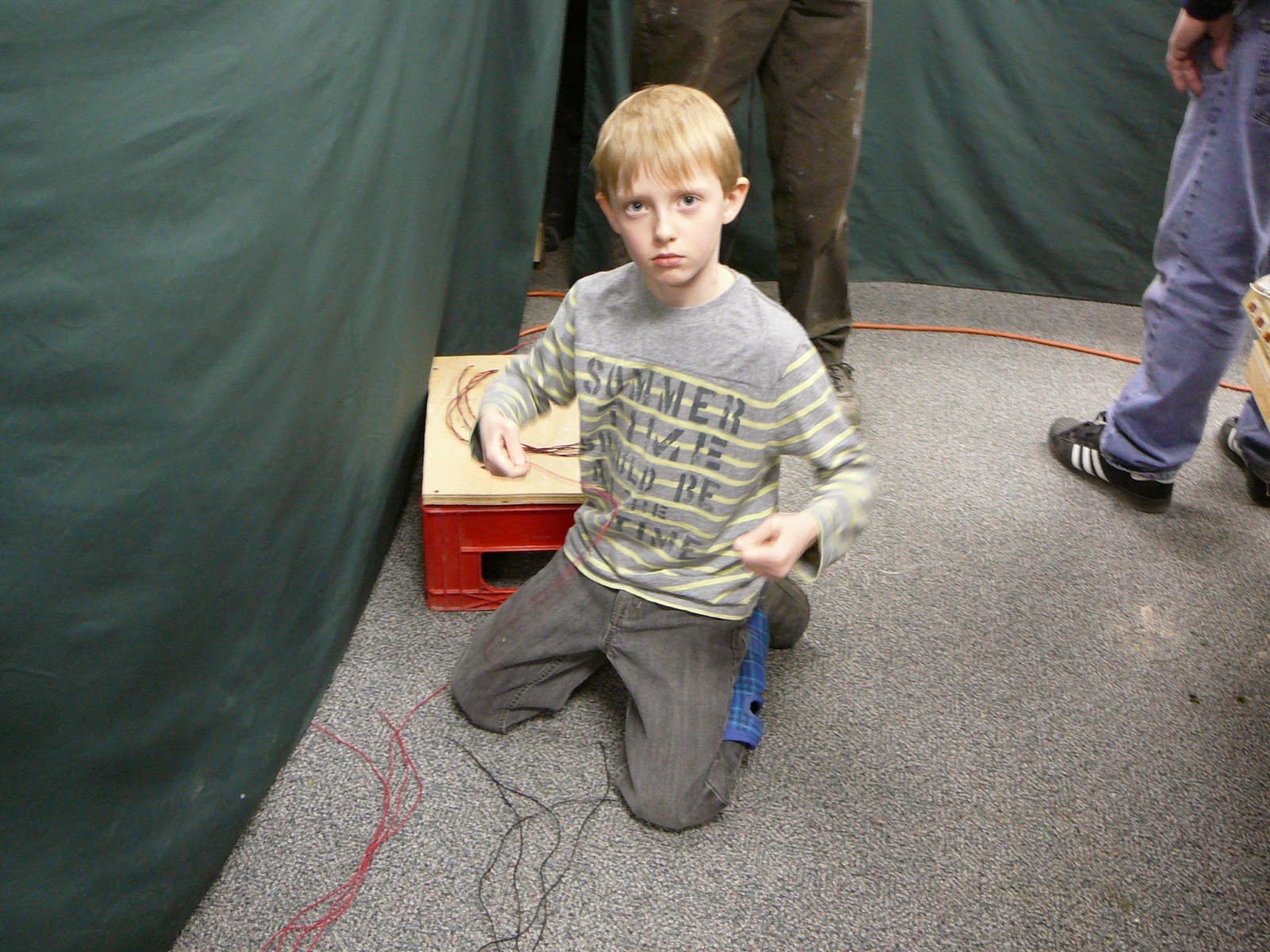 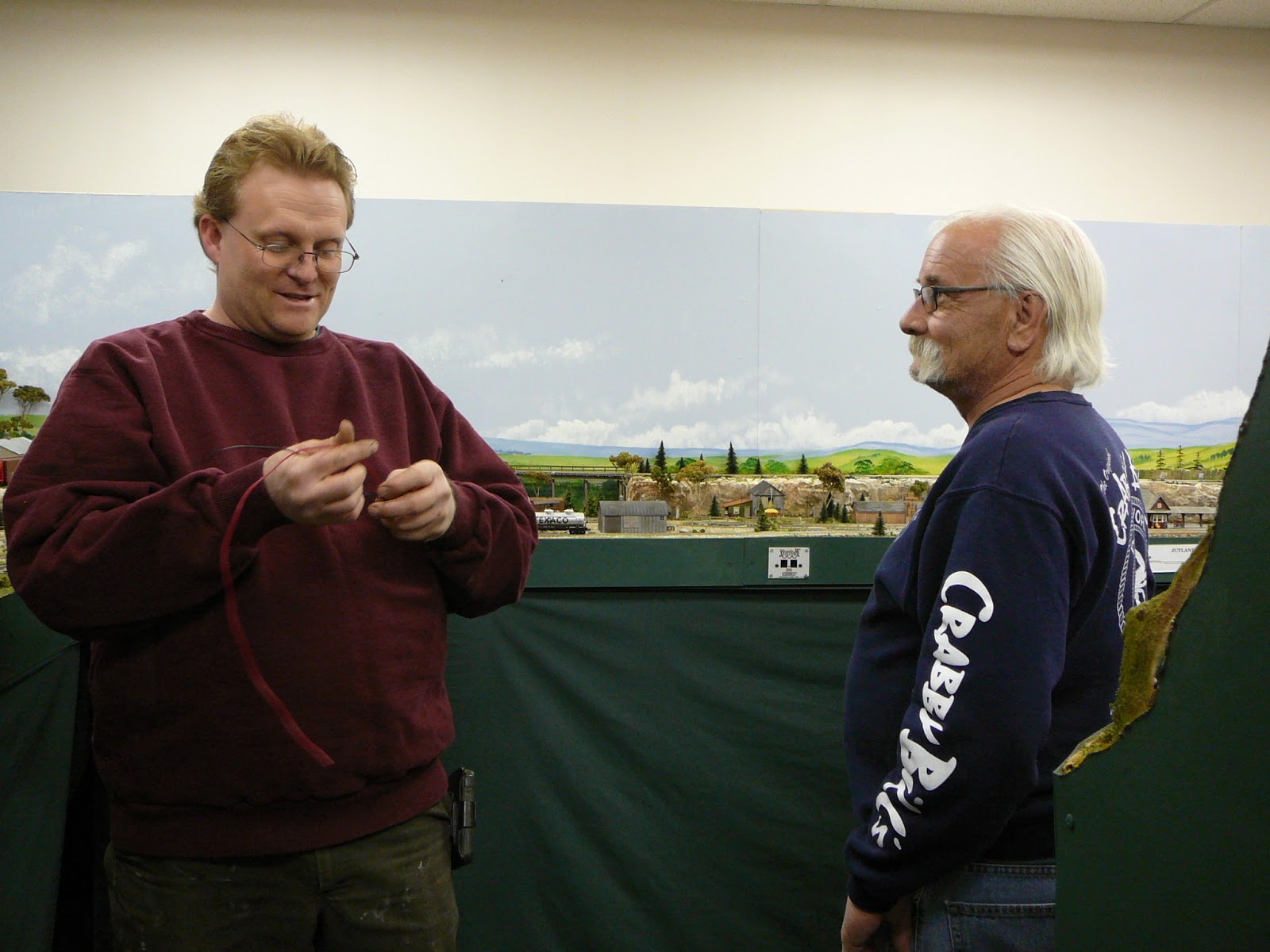 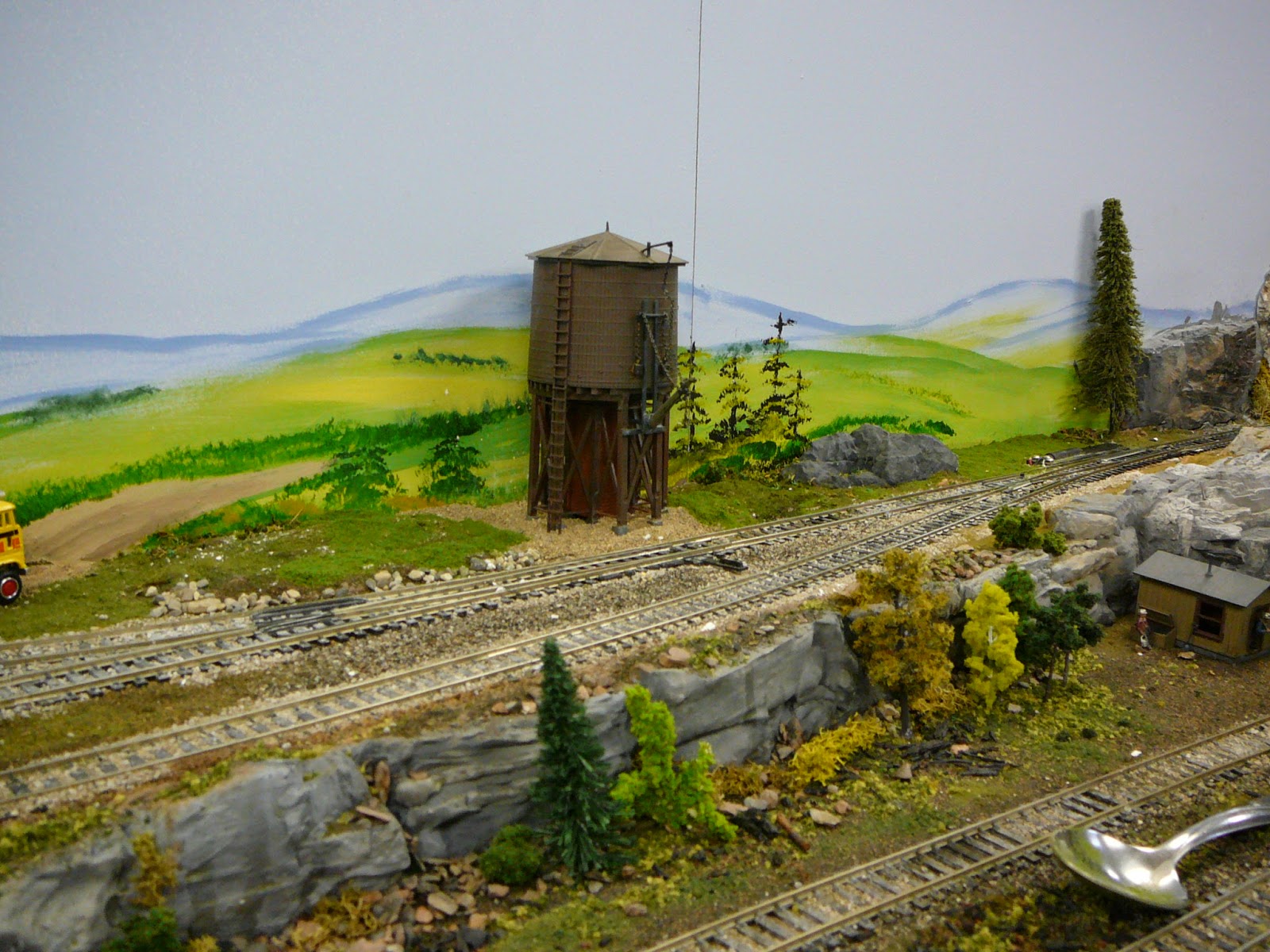 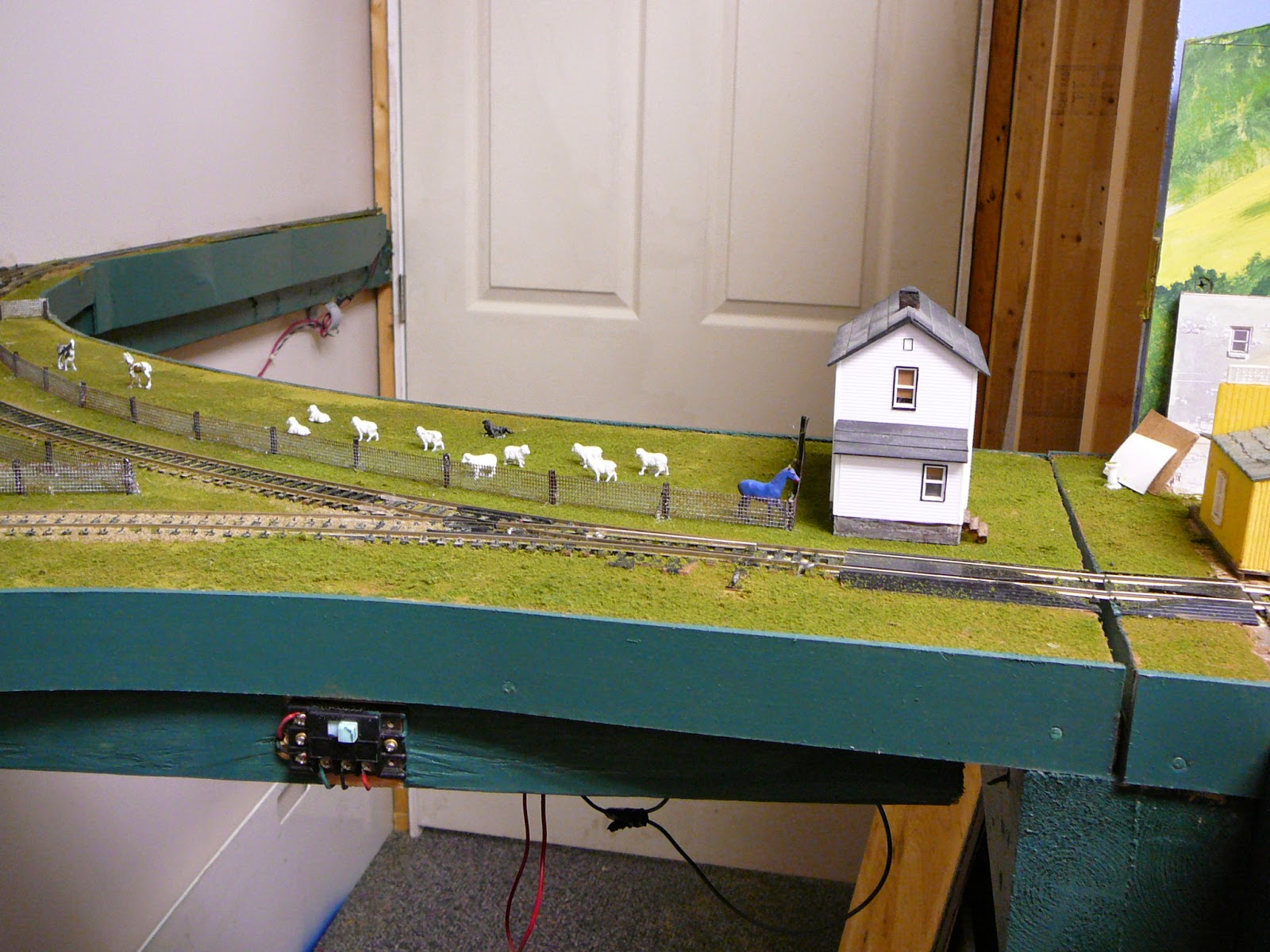 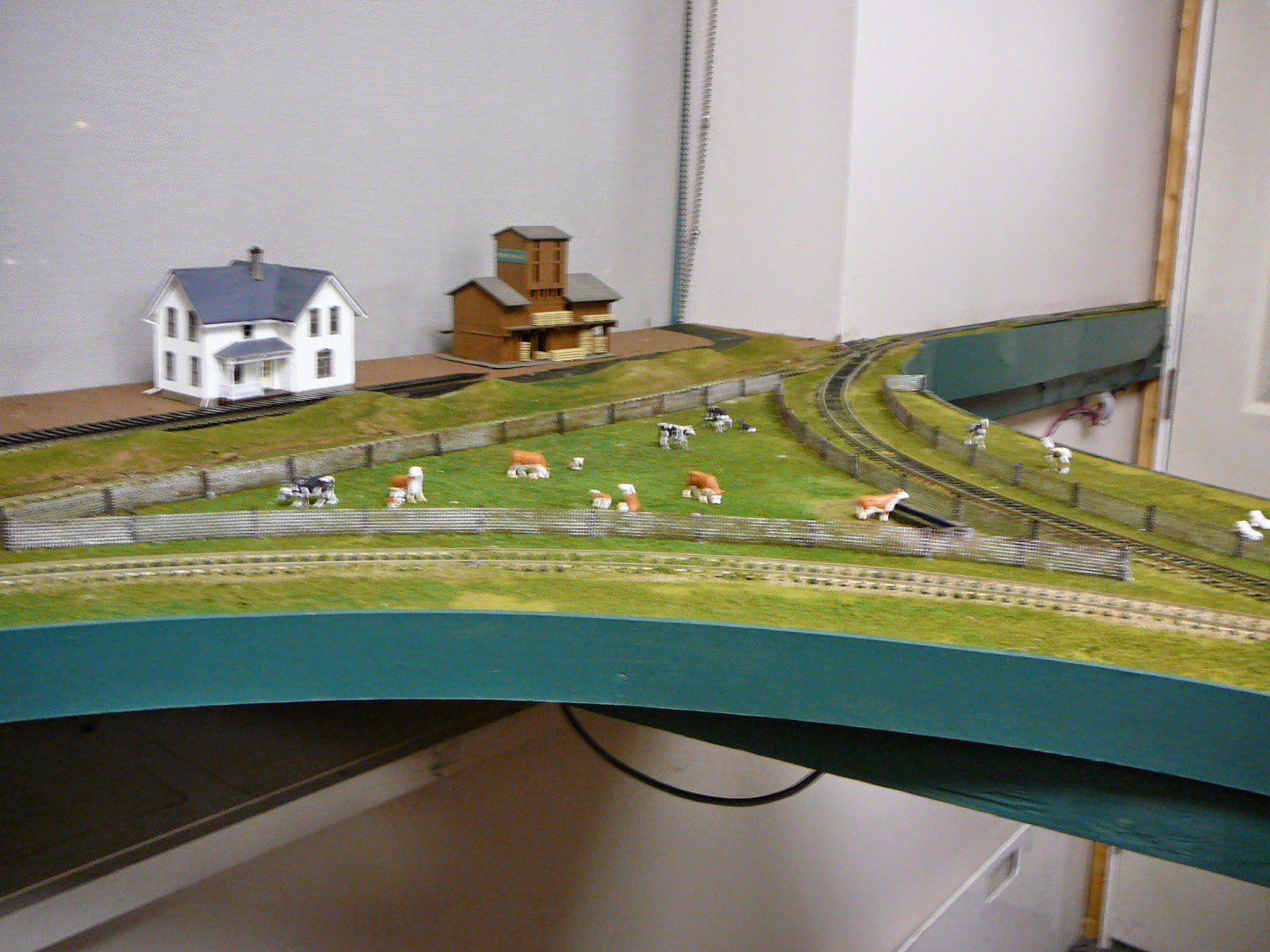 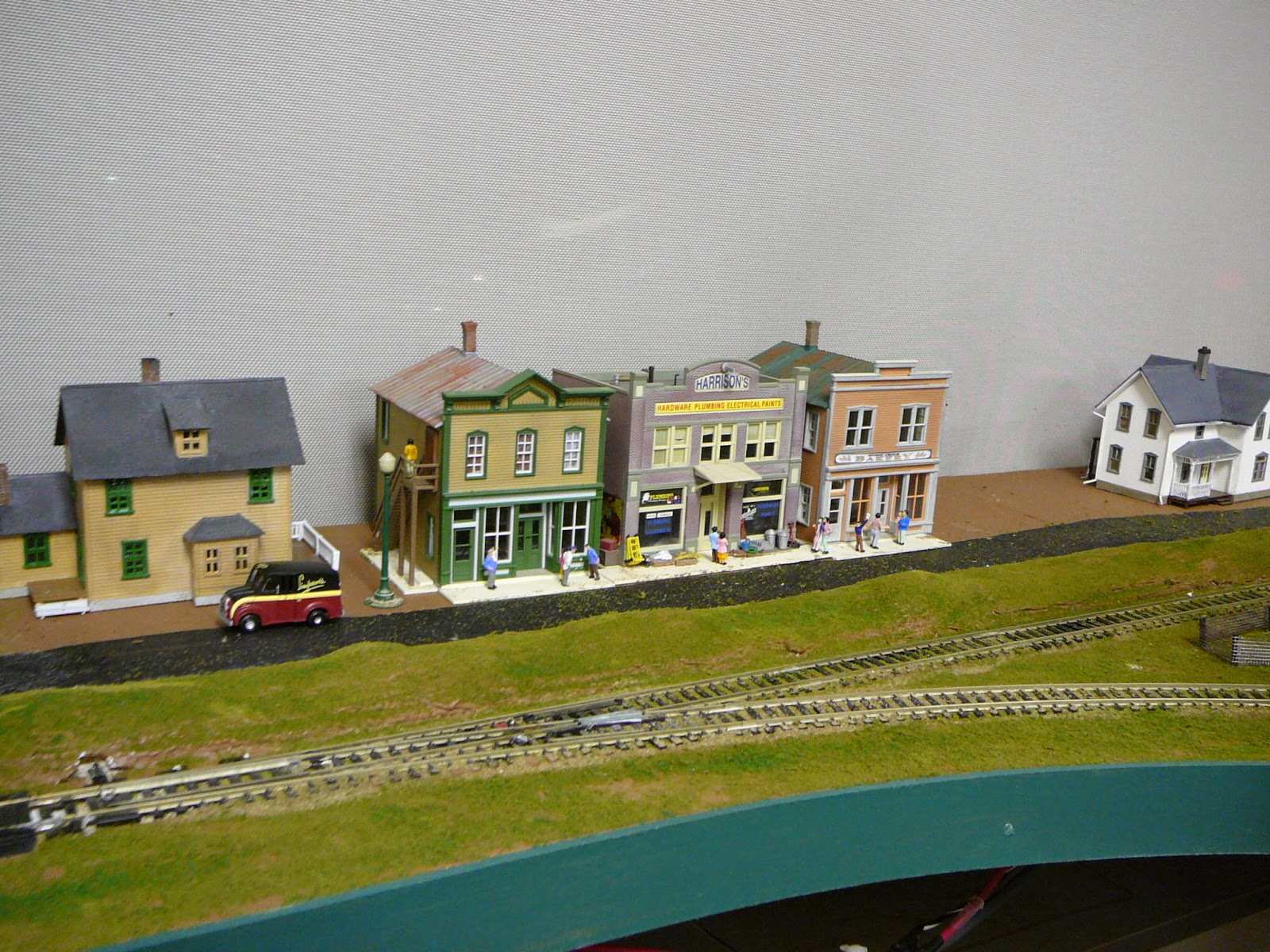