Last week at the Huff and Puff.

Wiring plan ideas were talked about. On the aisle side track the feeders will be black to the back and red to the front. The other track will have a different colour, yet to be decided. The wiring blocks were determining, the mainline was divided into about 25 foot lengths, and a line and the word block was put at the dividing line between blocks. Insulators will be used to separate these blocks. 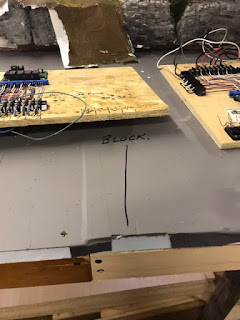 The loop on the end of the peninsula was installed by Jeff and Mike. They soon found the difficulties of working with used track, the main one being that the track will not flex past old feeder soldering spots. 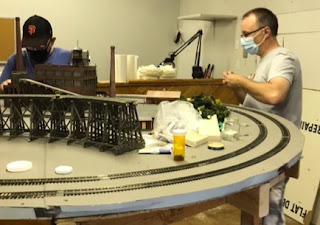 Larry M. moved a turnout, to make space for a river, near the coal mine, as Rod worked around the Power Plant. 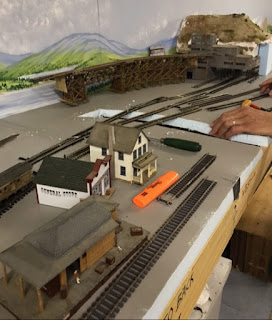 Glen was busy working on the road from the town. 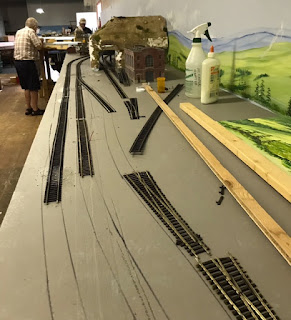 Rick and Barb put up pictures in the lounge. 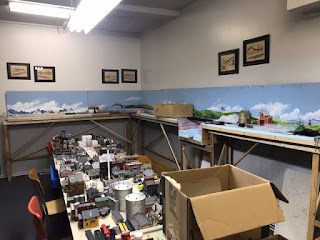 Peter and I drew on the mainline at the end of the west peninsula. Peter then added the track and he pointed out that the joints kink a bit. I showed him that l the 2 track nails near the join, puts the join inward, toward the center of the curve, which straightens the joint and then replace the nails. 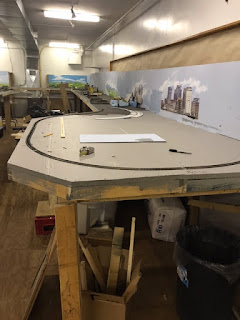