Donald worked on the passenger tracks at Elsewhere. Rick had suggested have 3 passenger holding track in Elsewhere so, a 3 track plan was worked out, with 1 being a through track. The stub end tracks will switch off the north end of the Elsewhere yard, using powered turnouts. 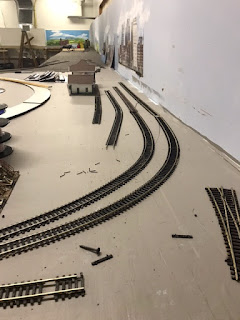 Glen worked on the cliffs of Admiral, mudding in cast rocks and his artistic touch. 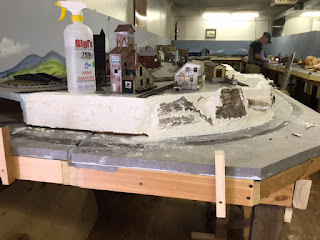 Rod and Tom continued the mainline around the corner and into Pinehurst. A lot of thought went into the track layout. 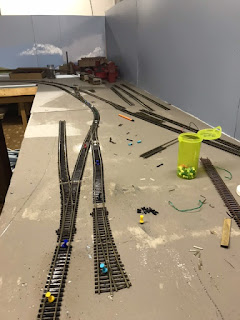 The branchline port of Dover received a longer passing track. Zorra Cement was turned around to properly align the turnouts. 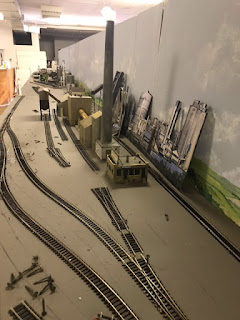 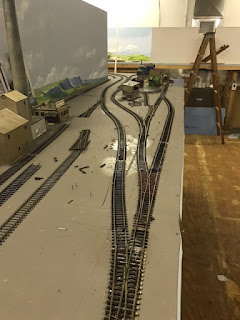